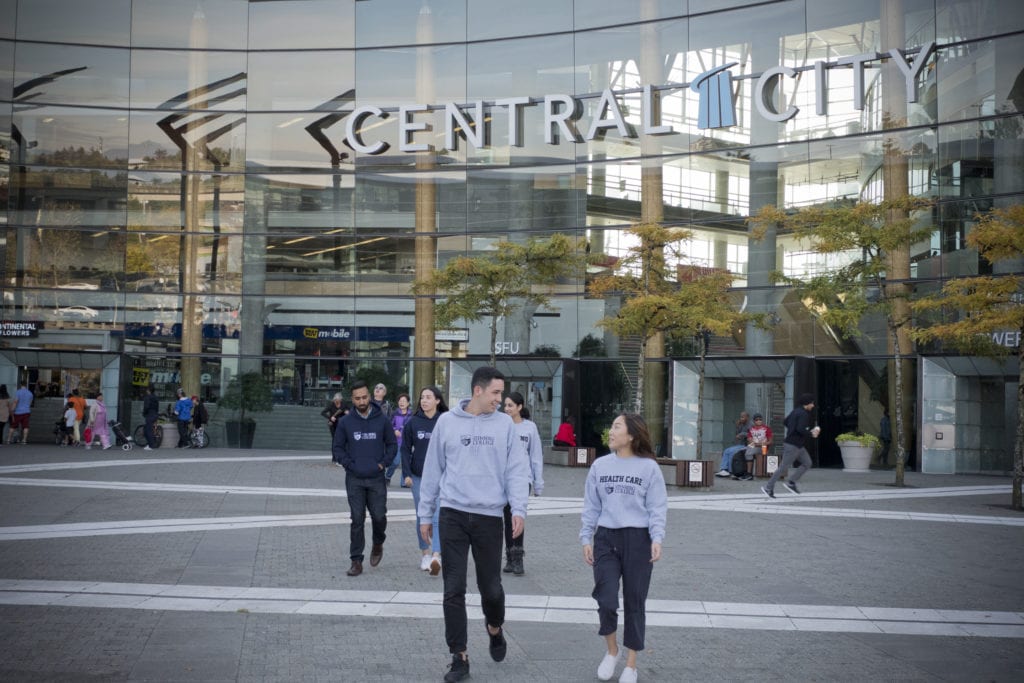 Fawzi Ahmad: on a Winning Streak

On April 26th, 2013 at the National Association of Career College (NACC) Conference & AGM, Stenberg graduate, Fawzi Ahmad, was honoured as the NACC Graduate of the Year. He was chosen from a competitive field of fellow graduates from over 400 NACC member educational institutions across Canada. The criteria for the Graduate of the Year award included excellence in leadership skills, inspiring those around them and passion for their program, education and their career.

As a part of the award’s prize, Fawzi was flown from Calgary (where he works) to receive the award and give a presentation about his experience at Stenberg College at the annual NACC Conference & AGM in Vancouver. He was presented the Graduate of the Year award by James Loder, Chair of NACC. “This year, we received countless applications for this award. It was really overwhelming to see how many talented career college graduates are out there,” said NACC’s Chief Executive Officer Serge Buy. “Fawzi’s story embodies everything that career colleges in Canada strive to be.”

Jeremy Sabell, President of Stenberg College, was at the Conference and was proud to see a Stenberg graduate honoured, “Stenberg could not be more proud of Fawzi and his accomplishments. He is an exemplary Graduate of the Year Award winner at our college this past year and managed to stand out from a field of superb candidates. We see Fawzi as representing the very best of what our student body has to offer in terms of his drive, his congeniality and his dedication to helping others. He also epitomizes the type of individual that so many colleges in our sector graduate.”

Fawzi was the winner of Stenberg College’s Student of the Year Award in 2012. His dedication to education, passion for his field, assistance to other students and involvement in Campus activities were some of the many reasons he stood out. As an immigrant to Canada from a war-torn country, he worked in Winnipeg at a minimum wage job for years while teaching himself English in his basement suite.

He moved to Canada on his own, leaving behind his family and connections, with only $1450 with him when he arrived. He had always wanted a career in health care, like his siblings, but as an immigrant with limited English skills, his options were limited.

He heard about Stenberg’s health care programs through a friend and thought he’d take a chance – so he boarded a train headed to Vancouver and found himself at the Stenberg campus in Surrey, BC. After meeting Program Advisors and instructors, he was deemed eligible for the Cardiology Technologist program and was accepted that day. But he still struggled with English and struggled to understand instructors in the first week. Over time, with the support of Stenberg College staff and the determination he is known for, Fawzi made it through those challenges.

His dedication to his education was commendable; he translated his coursework from English to Arabic and back again, studying nonstop. Through his hard work, he became a highly successful student whom classmates sought out for help. He even authored an electrocardiogram study manual that he shared with his classmates. Instructor Ramon Estrella asked Fawzi if he could use the manual as supplemental course material and it is being used to help teach students today.

Fawzi’s leadership, optimism, and passion inspired both his fellow classmates and staff. He was named Valedictorian for the April 2012 graduation ceremony. “At first, I didn’t know what it was,” he laughs. He had not heard the word ‘Valedictorian’ before. Fawzi reflects, “When I learned what it was, I was shocked, thinking about the time I spent studying English words in the basement all alone.” He delivered a beautiful speech that moved the audience to tears, using his personal journey to Stenberg as a springboard to celebrate his fellow students for taking their futures into their own hands.

During his first week of practicum at Foothills Medical Centre in Alberta, Fawzi was hired as a casual employee. He quickly advanced to a full-time position at the Centre, which is the largest hospital in Alberta and is a part of the pioneering Libin Cardiovascular Institute. Dave Namur, the manager of Cardio Diagnostics at Foothills says, “Fawzi has maintained an academic leadership role in taking the time to assist other students with their studies and questions.”

“I have no doubt that Fawzi has many great things ahead of him,” says Uthman Aluthman, a Cardiac Surgery resident at the Institute. “He is genuinely interested in Cardiology and is always asking questions and starting conversations with me about my work.”

Fawzi demonstrated passion for his work by seeking opportunities to learn more whenever he could. Aluthman remembers the day when Fawzi approached him to ask if he could learn more about pacemaker implants. When Aluthman invited him to observe his work whenever he wished, Fawzi stayed two hours after his shift the very next day to learn from the Cardiac Surgery Resident.

Fawzi’s positive attitude and resilience have brought him away from a life touched with war and through the trials of moving to a new country alone. He struggled with learning a new language and persevered through a challenging academic journey to succeed in a career where he makes a difference. These qualities inspire those around him and have allow him to contribute to Stenberg College and to his new community in Calgary.

In the words of his coworkers, he is, “a genuinely great person who will always go out of his way to help or support anyone who needs it, … does his work with a smile, [and] … finds it rewarding to make people feel better when they are feeling sick, even if he only has a few minutes with them.”

At his current role at Foothills, he supports students by providing academic and professional help to those learning at the facility, continuing to give back to education which has given him so much.